Background to the Project

In recent years, Japanese society has become more aware of linguistic and cultural diversity, influenced partly by the Olympics and the increase in immigration. This is true not only in Japan, but around the world as well. The increasing mobility of people demands of us an understanding of diverse people and language practices and their application to education.

This page introduces the discussion behind this project as a possible new framework for conceptualizing “language” and “speakers” in the field of English and Japanese language education.

The global expansion of English use has led to a growing awareness of the diversity of the English language and the need for greater discussion of the impacts of English on a variety of issues. Three major frameworks have emerged from this trend: World Englishes, English as an International Language, and English as a Lingua Franca. This section presents the most central and widely discussed of these, World Englishes.

As its plural form indicates, World Englishes points out that there is no single language called English, and that there is diversity even within the languages considered “English. Within the framework of World Englishes, Kachru (1983) focused on the relationship between former sovereigns and former colonies and presented the Circles of English consisting of an inner circle, an outer circle, and an expanding circle (see Figure 1). 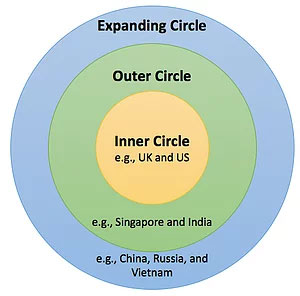 Figure 1: Circles of English（Adapted from Crystal, 1995）

World Englishes describes and analyzes varieties of English, especially in the outer circle countries (former colonies) such as India and Singapore. It then argues that each of those varieties of English should be considered legitimate English, just like Englishes of the inner circle  (former sovereign) that are generally regarded as the standard, since all of them function as a common language in their respective communities. The discussion of World Englishes has focused on the various inequalities that exist between speakers of different linguistic varieties, along with the frameworks of “English as an International Language” and “English as Lingua Franca.” It also provides an opportunity to critically reexamine the views of language and language teaching that are based on norms such as native speakers and standardized language. 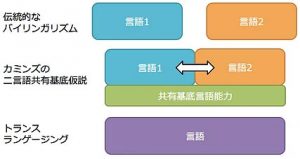 Figure 2: Differences between traditional bilingualism and translanguaging (Adapted from García and Li，2014)

Regarding Yasashii Nihongo in a broad sense, Iori (2013, 2019) describes the following three characteristics from the perspective of language rights of foreigners and other minorities living in the local communities.

He pointed out that Yasashii Nihongo, not English or ordinary Japanese, is a realistic option when considering communication in communities where language and culture are becoming increasingly diverse. He then pointed out the need to raise awareness on the side of the majority using the word “mind (consideration)” and suggested grammatical matters that should be addressed for that purpose.

When considering the acceptance of foreign residents into the local communities, the concept of “Yasashii Nihongo” is useful in terms of raising awareness of communication and information dissemination methods and facilitating inclusion through practical discussions. In recent years, there has been a growing awareness not only of “Yasashii Nihongo” itself, but also of the people who need it.